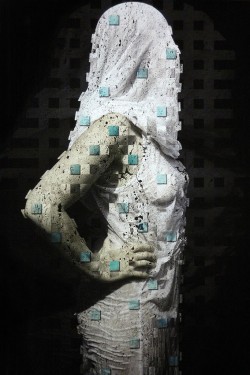 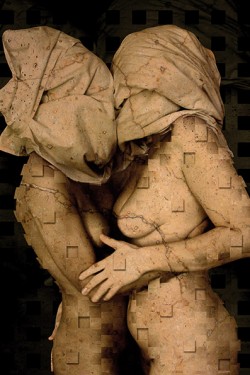 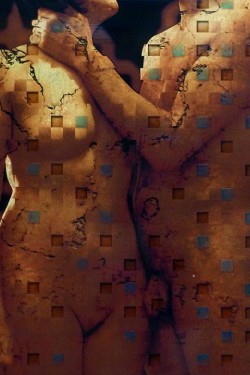 In an environment saturated with images, what is left to the artist to tell about the world? What means can he use if he wishes his works not to be diluted in the mass, no sooner seen than forgotten?

Georges Dumas is a photographer. Just like everybody else today. Which is why he chose to no longer be a photographer and to replace his pictures by simulacra: he no longer takes pictures, he produces images. For that purpose, he uses durable materials which resist to indifference and time: stone, marble, concrete, wood; when flesh has rotten, when breath has passed away, when life has gone through another period, through other people, those materials will remain, immutable remnants of perishable.

To make an image, we need solid bricks. Those of our digital age are called pixels. Pixels which are not only on our screens, but screen out our perceptions. In doing so, they hide the reality they are supposed to represent and create a new, virtual, though tangible one: a transfigured reality.