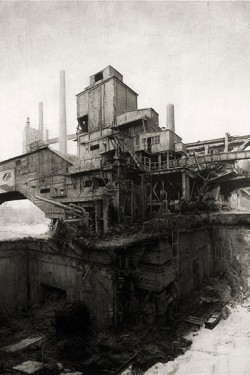 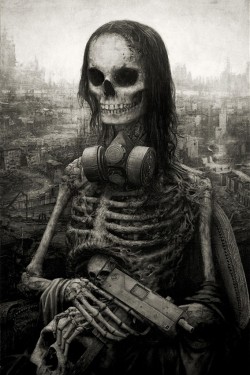 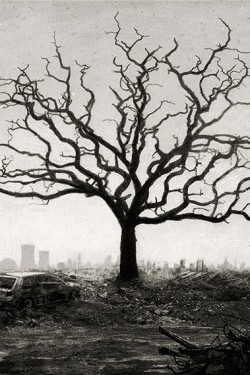 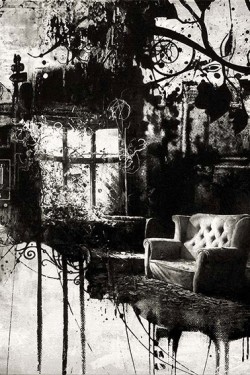 The paintings of Willy Bihoreau launch us into post-end-of-the-world industrial landscapes.

His visions, as realistic as they are horrifying, begin as an assemblage of photographic elements which are then applied to canvas and totally reworked in acrylic.

“The idea is to show a future in which our civilizations are but traces, memories of the time when humanity ceaselessly pillaged, poisoned and destroyed life and resources. The point is to participate in the awakening of consciousness which is imperative for our future. But perhaps mankind is still too backward to deserve survival…”.