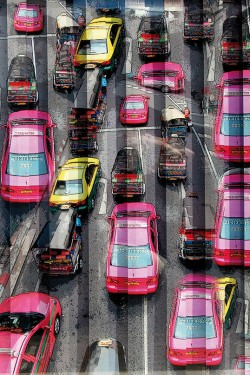 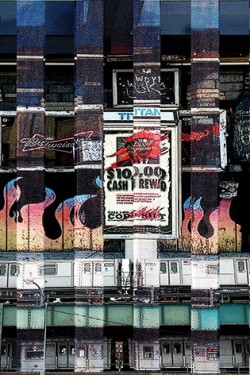 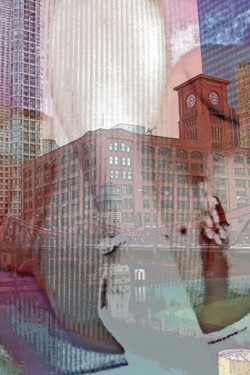 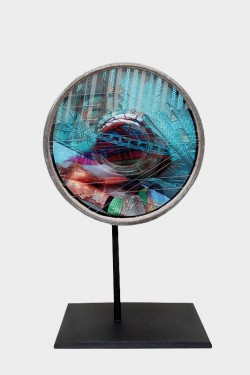 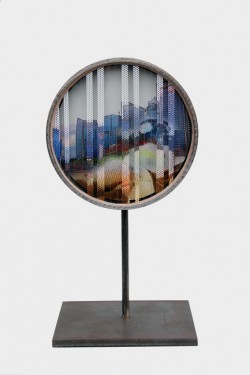 They are memories of a primitive visual reality.

The artist uses non-continuous materials (straps, micro perforated plates) and thus masks as much as he reveals. He puts an end to the linearity of the gaze; he disturbs its trajectory. Indeed besides its plastic properties of fragmentation and dispersion, the plate acts as a filter which lets only one part of the image go through, for it divides it and selects what is visible in random fashion therefore creating surprises and unexpected decoupages. Placed between the image and the eye of the spectator, the plate acts as a kind of scanning process which blocks any realistic attempt at identification. The plate can be said to intrigue, to plot and thus it forces the spectator to interrogate the meaning of his or her gaze, and questions what it steals, what it tears away from the dark side.